Our final AFX Endurance Championship race of 2019 took place in October half term. Nineteen drivers took part and gave us another nail-biting finish.

You can study the results by clicking on the tables to the right. All the pictures, tables and diagrams enlarge if you click on them. A video of the night’s action is on YouTube - click the button above. The AFX button takes you to the 2019 AFX championship page.

Our October half term AFX team race fell on the day before Halloween. We welcomed Cris and Mark for their first tastes of racing at the Barn. Jack also came along for his first full evening. Nineteen racers were split into five teams of three and one team of four. With the AFX championship to be decided, the top four were each in a different team, plus two family teams - three generations of Winslade in Beardy, Beard & Smoothy and Simon, Max and Jack making up the Three Reeds.

The 22-metre AFX Le Mans circuit was put together for its annual appearance, giving us that monster 26-foot-long Mulsanne straight and the gloriously flowing Porsche curves. Plus some more tricky stuff that always catches us out, especially on yellow and white lanes. With the AFX Peugeot Le Mans Prototypes dusted down and on the grid, we were ready to race...

The six teams ran in two groups of three, the two main championship contenders - Keith and Matthew - running in the second group. In the first group were the two outsiders - Ash and Andy. Ash, Terry and Simon were racing as 'Ash & Evil Dead' and started with a decent 134 laps in white. The Three Reeds finished with 129.85 in red, just ahead of Enduro Uno - Jerome, Peter, Andy and Mark - who scored 128 in yellow.

The second group of teams scored well. It was Beardy, Beard & Smoothy who were top of the pile after 15 minutes, having scored big with 149.15 in red. Ryan, Keith and Steve - aka Bad Omen - were second after 138 in white and WHOOOOO! - Oliver, Matthew and Deborah - squeezed into fourth with 133.25 in yellow. As always, the order doesn't matter until the very end - it's all about getting the best score you can in each lane.

Ash & Evil Dead were the first team to race the blue car and put in a solid 142.8 laps. The Three Reeds had the shock of going from the best lane (red) to the most tricky (yellow), but they stuck it out well, scoring 120.9 laps. Enduro Uno moved from yellow to white and were reasonably happy with their 132.7 laps.

Again all those scores were eclipsed by the teams in the second group. Bad Omen jumped into the overall lead with a huge 149.8 in blue. WHOOOOO! managed a 136.25 in white, which kept them in fourth overall, but with the best two lanes still to come. Beardy, Beard & Smoothy's 123.6 in yellow saw them drop from first to third, Ash & Evil Dead slotting in to second. At the halfway point, the top four were covered by 33 laps.

Dylan, Gareth and Cris went four laps better in white, scoring 121.8 and that would be the final action of the evening for the white car. For the first time in the race, Bad Omen on red and WHOOOOO! in blue failed to match the scores from the first group. Maybe championship nerves were starting to show? However, Bad Omen's score of 152.8 was better than WHOOOOO!'s 143.05. That left Bad Omen top, seven laps ahead of Ash & Evil Dead and 28 laps ahead of WHOOOOO! Enduro Uno were not completely out of it, a further five laps back. Enduro Uno and WHOOOOO! would be in red, with Bad Omen and Ash & Evil Dead in yellow. The other two teams would fight for fifth place, both in blue lane.

Ash & Evil Dead did what they could in yellow, scoring an excellent 130.1 laps despite the controller breaking during Simon's stint. Enduro didn't manage to overhaul them with their 148.15 laps in red. The Three Reeds finished with 126.55 in blue - a very solid performance over the four lanes for the youngest and least experienced team on the grid.

So the race win and the championship was all down to the final fifteen minutes. Keith needed his team to finish in the top three to win the AFX title. To win the race, WHOOOOO! needed to score more than 154.45 laps to beat Ash & Evil Dead and outscore Bad Omen by 28.1 laps. However, it was Beardy, Beard & Smoothy who led in the early stages, with Ryan keeping Matthew firmly in his sights. This was looking good for Bad Omen. After four minutes, Gareth was leading Matthew by two seconds and Ryan by four laps.

The first driver change saw Deborah take over from Matthew and Ryan hand over to Steve. Deborah was soon adding laps to her lead over Steve - the pendulum was swinging towards WHOOOOO! Coming up to halfway, Cris still led for Beardy, Beard & Smoothy, the gap three seconds to Deborah and ten laps to Steve. With Keith on the final leg, that gap was still healthy for Bad Omen. Two minutes later and Deborah had taken the lead of the heat and the gap to Steve was fifteen laps - getting closer, but surely too much to do?

When Keith grabbed the controller from Steve and Deborah handed over to Oliver, the gap of sixteen laps and five minutes looked comfortable. However, Oliver was driving brilliantly. The gap grew and grew - twenty-one laps with three and a half minutes to go, twenty-five laps at two and a half minutes... Keith was desperately trying to stabilise the gap, Deborah was getting over-excited and Matthew was just staring at the timing screen...

Any thoughts of celebration were premature. The gap stuck at twenty-five laps - three laps adrift overall - at one minute to go. It then clicked up to twenty-six at forty seconds and twenty-seven at fifteen seconds. When the race ended, no-one was going to call the result until checked and double-checked by race control. Finally the result was announced - the gap in that final stint was 27.45 laps - WHOOOOO! were just 0.6 of a lap behind and 0.65 short of victory. Bad Omen had won by the smallest of margins after an hour of racing.

Huge congratulations to Ryan, Keith and Steve on their win. That also confirmed Keith as our 2019 AFX championship winner, Matthew as the runner-up and seven-year-old Dylan as the AFX junior champion. It was Keith's first full championship title and Dylan's first WHO silverware. I doubt if it will be the last for either of them!

A big thank you to everyone who took part in the final AFX Championship race - especially the set-up crew, to Ash and Ryan for their help on race control and to everyone who stayed behind to pack away. Special thanks goes to AFX Racemasters for supporting the championship over the past three years. Next year's team races will be a little different, but still the perfect way to try out HO club racing. 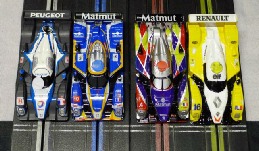 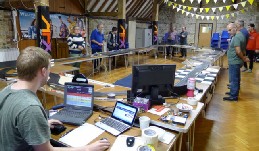 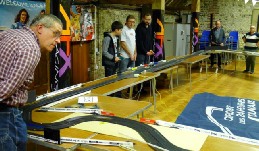 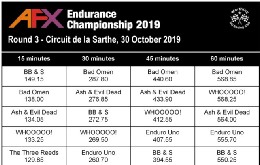 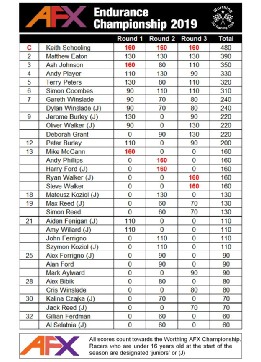 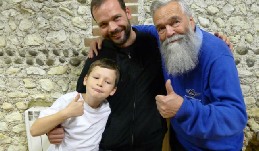 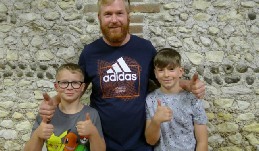 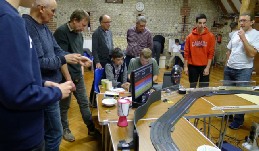 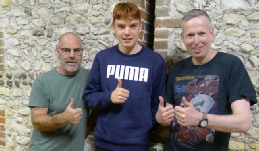 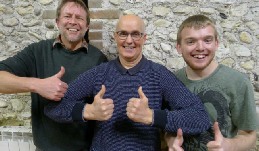 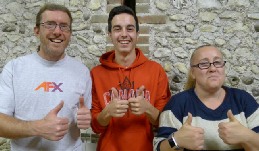 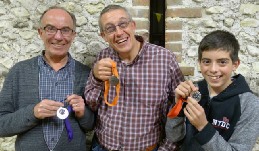 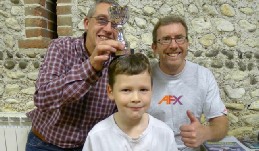