What a fantastic end to our first AFX Endurance Championship! It was close race and ended up a battle between two teams with captains who were racing at the Barn for the first time. And the championship went to a junior racer - the first time that has happened at WHO…

You can study the results by clicking on the tables to the right. All the pictures, tables and diagrams enlarge if you click on them. Plus there are loads more pictures on Flickr and a video of the night’s action is on YouTube - click the buttons above.

The fourth and final race of our inaugural AFX Endurance Championship would see our first WHO AFX Endurance champion crowned. Ryan had won the first three races, captaining his teams to impressive victories in his debut season at WHO. That left the youngster in a commanding position in the AFX standings.

The title was effectively sealed when Ryan turned up and second-placed Neil did not. We didn't tell Ryan straight away, but he soon worked it out with some shrewd questions. There was still the race win - and Ryan was pretty determined to finish the season with a hundred percent record.

We welcomed Reuben, Owen and Aidan to the Barn for their first taste of WHO action. Jerome and Peter made their AFX Endurance debuts, making it a grand total of forty-five people who have raced in the AFX championship this year. In all, there were eighteen of us for the October race, making the maths really easy - six teams of three and running fifteen minutes on each lane with driver changes every five minutes.

The drivers were seeded from positions in the championship table and fairly equal teams selected. Every team had a junior racer as their captain, including newcomers Aidan and Owen. The first group of three teams to race had the teams led by Ryan, Alex and Oliver - the 'old-timers'. It was Ryan's team 'Flaming Trax' who threw down the gauntlet with 151 laps in the inside white lane.

Pretty much everyone expected the second group of teams to take time to get up to pace. The Silverstone track was fast, but could easily catch you out and it was steep learning curve for the new drivers - not forgetting Jerome and Peter had just one previous WHO race under their belts. So everyone was amazed when all three teams finished with scores higher than that of Flaming Trax. It was 'The Monsters' - Jerome, Terry and Peter - who set the pace with 166 laps on red lane.

Those impressive first round results proved no flash in the pan. The group of experienced captains upped their game in the second fifteen minutes, with Ryan's Flaming Trax again top scoring with 159 laps in blue. Again, all three teams in the second group went better. This time it was Owen's 'Team Zombie' that set a huge 175 laps score in blue to win the segment and go into the lead of the race, leap-frogging The Monsters, with 'Aidan's Aces' in third. The top three were covered by just twelve laps.

Sometimes in these team races there can be a big difference between performance and scores in different lanes. Yellow did have a couple of particularly tricky corners, the blue car was really fast (as usual) and the white car was down on power. However, most teams were setting pretty consistent scores and it suddenly looked like it would be a challenge to close some of those gaps.

The white car was becoming an issue. Alex's 'Beyond Cool' noticed a drop in performance, but set a decent score due to having no crashes. When 'The Monsters' took over the car for its sixth and final run, the lap times were three seconds off the pace and slowing, so we decided to swap it for the spare car. That car was much quicker, but more crashy. And The Monsters did crash a lot, getting a less than ideal score and dropping them to third place overall. Tough luck, but that's the sometimes heart-breaking nature of endurance racing...

Elsewhere in this third segment, Oliver's 'Let's Turn Left' suddenly found some form - Oliver, Mike and Daniel setting 166 laps, a score just one lap behind Aidan's Aces who followed them in the blue car. That put Aidan, Simon and Duncan into second place, eight laps behind Team Zombie who had delivered a solid 163 laps in red lane. Owen, Ash and Andy were beginning to believe they had a chance of a race win, although they did have yellow lane coming up…

By now Ryan had pretty much accepted he wouldn't get his clean sweep of four race win plus the championship. He wasn't too upset though. In fact he was rather pleased with the prospect of being crowned champion. Along with John and Reuben, Flaming Trax managed an okay score in yellow to finish off the evening for them. That first group were having their own battle for fourth place and it was 'Beyond Cool' - Alex, Matthew and Andy Phillips - who set the best score of the night so far to take the honours. Let's Turn Left couldn't do quite enough to get ahead of Flaming Trax, they were separated by just six tenths of a lap at the end.

So it was all down to the final three teams. The maths was fairly straightforward. If Aidan's Aces (in red lane) could beat The Zombies (in yellow) by a smidgeon under eight laps, they would win the race. The Monsters needed a miracle - a score 35 laps better than The Zombies - but they were in blue lane and really wanted to make up for their disappointment in white.

The team captains were up first and Jerome was off like a shot for The Monsters. A car issue for Aidan meant the race was paused, the car fixed and we were off again with the Aces dropping a couple of laps. Owen was driving superbly in yellow, really piling the pressure on his pursuers and handing over to Andy with a two laps lead over the Aces. Simon tried to take the fight to Team Zombie, but Andy was driving smoothly, keeping the yellow car on the track and successfully defending that two lap lead. Ahead of them both, Peter was busy building a handy lead. At the final driver change of the race, The Monsters led by twelve laps and Team Zombie held a three lap lead over Aiden's Aces.

Duncan needed to turn the three lap deficit into an eight lap lead to win the race. He had five minutes to do it. Ash would need all his experience and his famous nerves of steel to hold him off. Meanwhile Terry was building a bigger lead and closing the overall gap. The room stayed hushed as the three drivers concentrated fully on their task at hand.

Duncan was driving beautifully, caught Ash and passed him. Ash didn't panic and stayed focused. With the clock running down, Duncan needed to push harder and a couple of errors slightly eased the pressure for Ash. Duncan had managed to stretch out a small gap and Terry was piling on the laps. As we passed thirty seconds to go, none of those gaps was anywhere near enough - The Monsters had seventeen of the 35 laps they needed and Aidan's Aces had two of the eight laps they required. It was also too late for any catastrophic race-changing disasters to strike...

As the chequered flag finally fell, The Monsters had set by far the best score of the night - 180 laps - but that was only enough for third place overall, eleven laps behind Aidan's Aces. Ash had kept the gap to two and a half laps, giving Team Zombie victory by five and a half laps after an hour of racing. Huge congratulations to Owen, Ash and Andy - a brilliant win on debut for Owen.

After the traditional team photographs and medal presentation to the race winners, it was time to congratulate Ryan on his championship win. It has been a remarkable story - at only eleven years old, Ryan's first race at the Barn was the first AFX event back in February, which he won. The secret to Ryan's success has been great driving and brilliant teamwork. He becomes the first junior racer at WHO to win a full championship. And he now had quite a haul of AFX and WHO goodies!

A big thank you goes to everyone who has helped make this inaugural AFX season so excellent - the forty-five racers who have taken part, all those who've helped set up and pack away, to the race control team and especially to Steve and the AFX crew in Reno who have supported our AFX championship and supplied equipment and some great prizes.

Our 2018 AFX Endurance Championship starts in the Easter holidays on Wednesday 11 April. 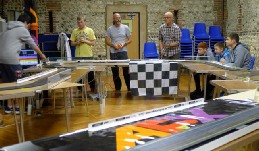 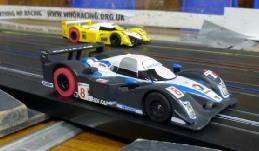 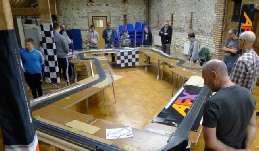 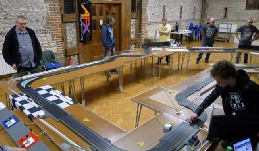 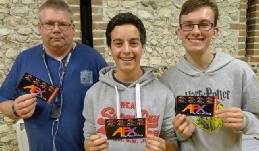 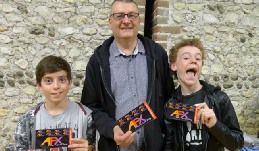 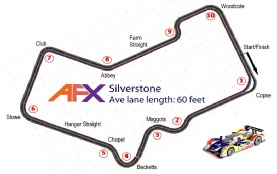 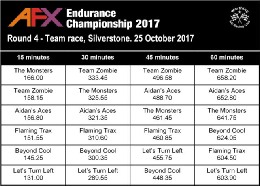 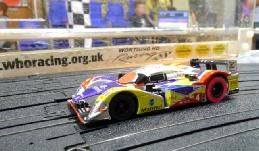 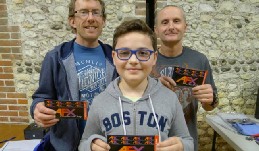 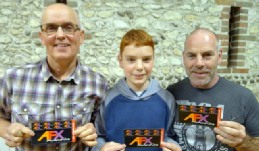 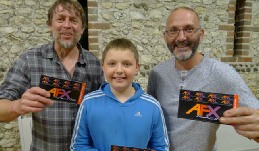 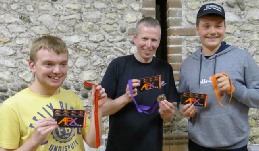 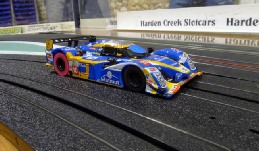 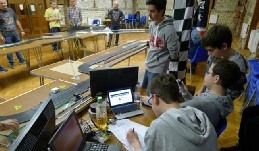 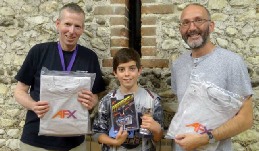