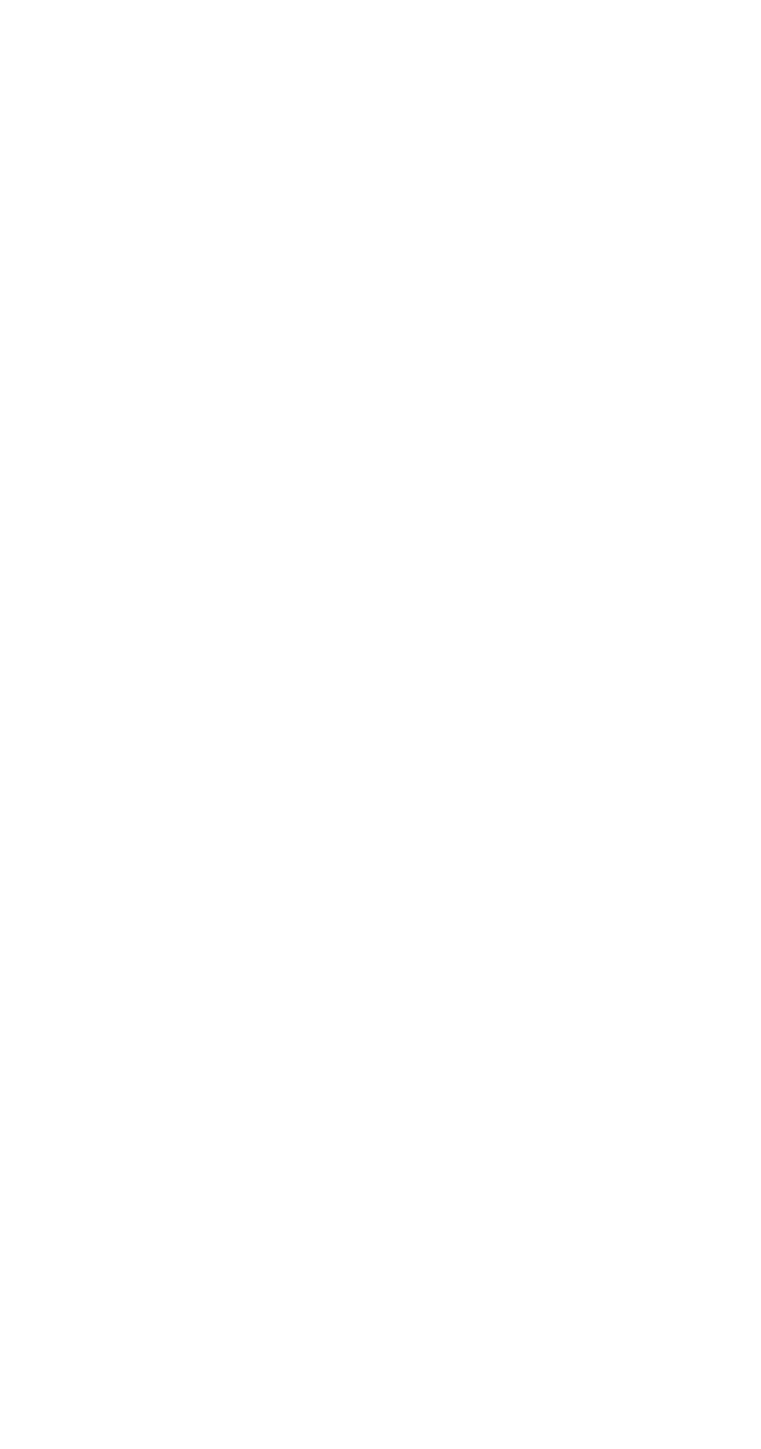 Our aim was to squeeze a GT race and a Nascar team race into one evening at the Barn. We knew it would be a challenge...

Mike's track design was awesome - big, fast and based on the iconic Autodromo Nazionale Monza. With the help of Keith and Andy, everything was up and running right on schedule.

Although the hall felt a little empty at 6.30, by 6.45 we had a sizable grid of twenty racers, all braving the October rain. The 20 included a handful of digital newbies and two WHO debutants - Grant and Owen.

After practice, we were straight into qualification for the GT race. Immediately the GT race gremlins struck. Clearly the slot gods have it in for our GT class. This time it was the race management system having an off-night.

A twenty minute pause tested the racers’ patience and severely tested Mike and Andy's sanity. A root and branch hack back to the basics of SSDC solved the problem and we were ready to roll. Thanks to a well-oiled race control team of Stephen and Andy, with Mike marshalling the troops, we were right back on track.

And it was quite a race. Qualifying was run over 60 seconds in groups of four. The quickest time counted. Fifteen-year-old Callum who took pole position with his Gallardo.

The E final was a four-way battle for two step ups. Grant took the win and Corey just pipped Aaron for the second spot with Owen a couple of laps adrift.

Corey joined his dad in the D final and they both progressed, Neil taking the win and Corey just holding off Ned for second. Ash was fourth, Deborah fifth, Grant retiring with car trouble.

Corey was going for a third step-up in the C final, but just missed out after a huge battle with Andy Parker. Tony took the win with his DBR9. Jamie was very close behind in fourth, followed by Neil and Mike McCann.

Up to now, the finals had been over 20 laps. The B final added another five laps and fuel strategy became more important. Everyone apart from Ollie filled the top two spots at some point, but it was Keith who'd driven the smartest race and came through a lap ahead of Tony. Andy Parker and Darren had to make do with third and fourth with Stephen a little disappointed in fifth and Ollie sixth.

The A final - aka ‘The Feature Race’ - was a mammoth 50 laps. Callum and Andy got away from the front row of the grid and raced side-by-side for the first few laps. Callum joined in with the scrappiness behind, whereas Andy slowly built a lead and only lost it during his first pit stop. In the end, the margin of victory was five laps - Andy was smiling again.

Tony drove a very intelligent and disciplined race, maximising his fuel efficiency and beating a hard-charging Mike for second. It was certainly tortoise beating hare. Callum was the quickest of the hares, but had too many crashes. He did take fourth and the junior medal. Paul was fifth and Keith had retired early on.

With the GT cars back in their boxes, Mike unpacked the non-mag Nascars and everyone got into a slower, more tail-happy groove. We decided on a 20 minute team race, with high-level negotiations going on during practice.

The outcome of the haggling left us with the McHargs and McCanns as the Anti-antidisestablishmentarianists; the Parkers, Andy Player and Grant became the Griffins; the Dadsons were joined by Owen and Paul to see the welcome return of Toxteth O'Grady; Fathers and Sons were the Moreland and Tyler fathers and sons. And Firebrand was Tony, Ash, Keith and Deborah.

Cars were allocated randomly and we were off. Great racing it was too, with Firebrand, the Griffins and the Antis dicing at the front and the other two teams not far off at all.

Ultimately it came down to fuel strategy and the race was won when the Antis made a late stop but the Griffins were able to stay out on track and take the chequered flag.

Despite the technical glitches, it was another fun digital night at the Barn. Many thanks to the set-up and tear-down crews and especially to Mike, without whom our digital nights wouldn’t happen. 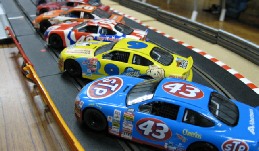 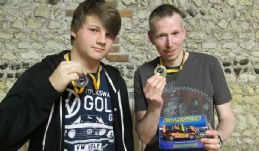 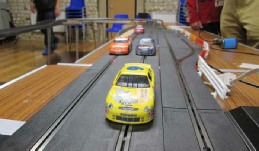 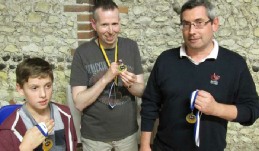