The Worthing HO Racing website is licensed under a Creative Commons Attribution 3.0 Unported License (except where otherwise noted) 2012-22

Our May 2022 Digital Wednesday saw twenty-one racers take to the grid for a Nascar club car team race and a Pioneer Legends pairs race. The results, RCS64 stats and some pictures are on the right, plus there’s a video over on YouTube. Championship tables are on the 2020-22 season page.

Twenty-one racers gathered at the Barn for our second WHO/digital Wednesday of the year. Simon's track was constructed in good time - and included a new and updated PitPro unit which gives us more flexibility with pit lane design.

After a thirty-minute practice and digital driving school session, we were ready for a one-hour Nascar team race made up of three separate segments, with each team using a different one of the six club cars in each segment…

Our younger racers captained the teams - Aiden thrown in the deep end at his first digital race since July 2018... although he was our team race champion that season. In the first 20 minutes, Jerome, Dean and Jeremy were the class act, taking the white Valvoline Pontiac to first place and a big score of 80 laps with just the fuel simulation in operation.

Aiden, Mike D and Matthew were two laps behind in second, driving the M&Ms Pontiac. Then came four teams covered by four laps - Oliver's team of four heading the bunch on 75, Ryan's quartet on 73, then Harry and Ash's teams both on 71. It was a great start and an excellent buzz in the room.

A tyre option was added to segment two - this complicates the pit stops significantly and usually catches out new and rusty racers. So it was to everyone's surprise that Oliver's team - including first time WHO racer Bobby - blitzed the 20-minutes with a massive 82 laps... Mike's digital driving school and Oliver's coaching had certainly done the job, Bobby playing his part in a well-oiled team effort.

The closest anyone else got was the 77 laps that Ash, Pete and Simon managed with the M&Ms car. Ryan, Oli, Ed and Alan were next on 76 laps, the same as Harry, Alex, Terry and Mike McCann. Jerome's team clocked up 73 laps with the blue STP car - Aiden's team struggling with the green Interstate Batteries Pontiac, finishing 12 laps behind the segment winners.

Starting the final 20 minutes, Oliver's team had a four lap lead over Jerome's trio. Ryan's quartet was another four laps back, just ahead of Ash, Aiden and Harry's teams. The problem for Oliver was that they'd have to cope with the green car, which had scored the fewest laps so far. Jerome's team had the M&Ms Pontiac, which had scored the most... Plus there was a weather simulation to add into the mix - RCS64 randomly choosing two Damp and one Wet periods. However, when the rain would actually start, we'd have to wait and see.

Remarkably, Keith and Bobby kept the Interstate Batteries Pontiac in with the leaders, although Aiden, Mike D and Matthew were really enjoying the red car. Ryan's team were up there too, but Jerome, Dean and Jeremy weren't having the best of runs.

The rain came with 7 minutes to go, part of the way into Oliver's stint. The green car was thirsty on fuel, so a stop for Wet tyres came round routinely. Oliver handed over the Interstate batteries car to Andy -  and Mike had the red car to the end. Oliver's team didn't need to win the segment, but it was an exciting run to the line. Mike was quicker, but pit stop strategy and execution meant the Interstate car crossed the line first to win the segment by about two feet!

A thumping win for Oliver, Andy, Keith and Bobby. That's two in two for Keith, after a four-year break from digital racing - plus a race win on debut for Bobby. Aiden and Jerome's teams finished level on laps - Aiden, Mike D and Matthew claimed second place by finishing ahead on the road for that final segment.

Fourth was championship-leader Ryan, assisted by Oli, Ed and Alan. Pre-race favourites Ash, Pete and Simon were fifth and Harry's team were just a lap behind in sixth - second to sixth covered by seven laps.

Ten cars took part in the Legends pairs race, nine pairs and a three - Matthew sharing with Harry for the qualifier and then Alan would take over. Each of the five-car qualifiers was five minutes long, the quick-fire race punctuated at half-way with a driver change in the pits - perfect timing for a re-fuel and new tyres.

The first heat saw Alex and Ed take the chequered flag with 19 laps - Andy and Ash, plus Matthew and Harry finishing a lap back on 18. Dean and Bobby scored 17 laps and Keith and Mike McCann 16.

Heat two was disastrous for hot favourites Mike and Jeremy - their red Chevy stopped after just 5 laps. Mike was quickly under the hood and re-soldering a broken wire - but would he do it in time for the semi-final? Meanwhile, this turned out to be a quicker race than the first - Oliver and Ryan managed 20 laps with their Ford, Simon and Oli 19, with two pairs - Pete & Jerome and Terry & Aiden - on 18 laps.

Fastest lap times would separate the pairs on the same number of laps, determining the four who'd go directly to the Feature Race and those who'd have to battle it out in the Semi for two step-up places.

The gold Ford was unable to start the semi-final, meaning Alan missed out on a drive. However, Mike had fixed his car in time to take to the grid. The remaining five pairs battled over eight minutes for the right to race again.

Two pairs fell away, leaving Dean and Bobby to challenge the front two cars - Pete & Jerome and Mike & Jeremy. At the line, Pete and Jerome's Gulf car was the winner by the slimmest of margins - nine fewer seconds in the pits making all the difference. Dean and Bobby were a lap back, with Andy and Ash just beating Mike and Keith to fourth.

That left the prospect of an exciting final - although Pete and Jerome's car failed to fire up properly on the start line and retired. The five remaining cars circulated on the same lap for the opening few minutes.

Coming up to the driver change, Mike had a very slim lead over Ed and Ryan, with Simon and Aiden just a lap back. However, the pit stops proved crucial - Oliver now leading Alex and Terry, an iffy stop by Mike dropping Jeremy a lap back, with Oli snapping at his rear bumper. The second driver of each pair settled into a rhythm, Alex passing Oliver and Oli leading Jeremy and Terry - the two battles would be for the win and for third.

Alex was the last of the drivers to make a final pit stop - and it was almost disaster, Oliver eating up most of a near-two-lap advantage. The final 60 seconds saw Oliver close the remaining gap, but it wasn't quite enough... Alex crossed the line a few feet ahead to take the win.

Huge congrats to Ed and Alex on their win - and to Ryan and Oliver for an exciting challenge. Behind them, Jeremy got ahead of Oli to finish third, Terry just behind Oli in fifth.

Big thanks to everyone who came along and helped make it such an enjoyable evening of digital racing at the Barn. Special thanks - as always - goes to the set-up and tear-down crews and to the race control team, who had a busy night. Our next digital racing is a Digital Saturday at the end of June, but we are back at the Barn in two weeks for a Jubilee F1 race - followed by the five-day holiday weekend. 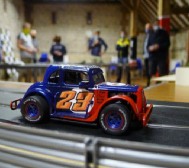 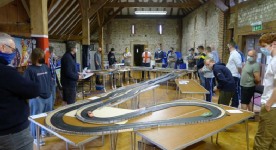 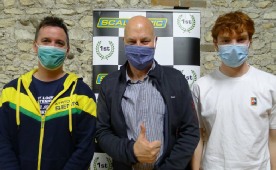 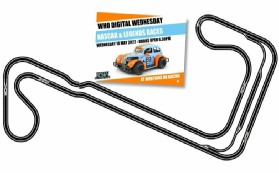 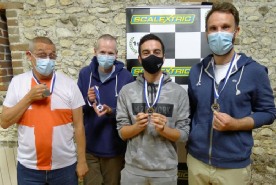 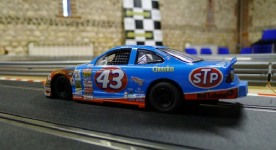 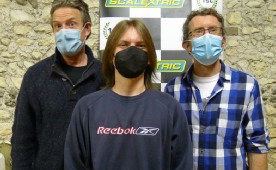 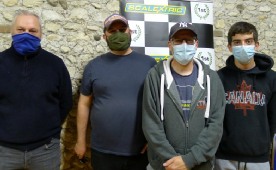 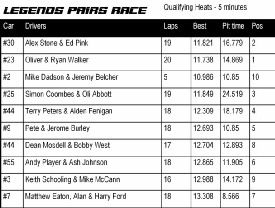 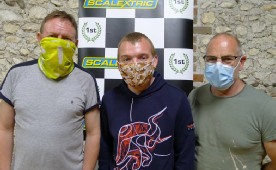 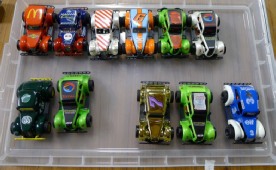 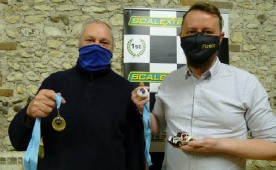 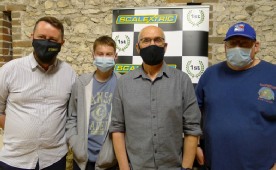 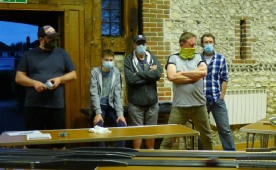