Our first WHO/digital Wednesday of 2019 celebrated five years of Scalextric digital racing at the Barn. Twenty people took to the grid for a Nascar club car team race and a Trans-Am pairs race. Despite some uncharacteristic technical issues, we had a good time! The results and some pictures on the right, plus there’s a video on YouTube.

We had field of twenty racers for the start of our 2019 WHO/digital season. We welcomed Rob for his first race at the Barn - although he did race ARC Air with us at AutoFest last year. We also welcomed Darren back for his first digital race since 2014. Simon's track was fabulous and the Nascar team race kicked off with everyone super-excited...

A close first 20 minutes ended a minute early with disaster - a technical issue halted the race and clicking the wrong button lost us the lap scores!

With the first stint put down to extra practice, the remaining two 20-minute segments became the shortened race. The technical gremlins remained, but we worked around them. Ryan's Rebel Rousers - including rookie Rob - won the second 20 minute race by a huge four laps from Oliver's Scalextwits.

A swap of cars (first with last, second with fifth etc) saw Oliver's team and Daniel's WD40+ putting on the pressure at the start of the final segment. The WD40+ trio of Daniel, Mike and Darren won that 20 minutes, just ahead of the Scalextwits, but Ryan, Rob, Simon and John had done enough to take the overall race win by three laps. Not a bad digital debut for Rob!

The winning team and all the captains received a Slot Racing Company sticker, so thanks to SRC and Slot Car Magazine for providing those.

We finished the evening with a tweaked Trans-Am pairs race. Thanks to the loan of Stephen's Cougar and Andy's Camaro, there were ten pairs on the grid. Two eight-minute qualifying heats saw Alex and Jonathon miss out on the feature race with a loose wheel and a DNF. Mike D and Jean grabbed pole position for the returning #86 Sunoco Camaro. Ash and Andy drove the Jocko's Javelin to a promising second place, just ahead of John and Alex's Brut Camaro.

The shorter races mostly spared us from the 'Timeout' problems of earlier and both eight-minute finals were excellent. Alex and Jonathon responded well to take a crushing victory in the consolation race, having time to run out of tyres, miss two laps, pit and come out still in the lead. The other three pairs had an intense battle, with Terry and Matthew finishing runners up.

The start of the feature race saw Mike D, Ash and John battling for the lead. Ash dropped out with car trouble, but John and Mike were neck and neck, with Mike heavier on the fuel. Mike pitted to hand over the car to Jean, letting John lead a lap before giving the throttle to Alex. Graham handed over to Darren two laps back from the leaders, with Duncan taking over from Simon a further two laps adrift - just ahead of Oliver, who'd taken the controller from Ryan. Andy and Ash were out of the race.

Jean drove brilliantly and relentlessly increased the gap to Alex in second. Towards the end, Alex had a hard-charging Darren to worry about, but managed to stay ahead. Simon's big black Charger was off track, having popped the rear axle bushings right out. That meant Duncan didn't finish the race and Oliver slipped through into fourth. Some great racing and two DNFs to start the season! And a new almost authentic 1960s Trans-Am points system…

Congrats to all our winners and big thank you to everyone who took part and remained patient through the technical-issue interludes. Sadly, we didn't have time to properly celebrate the fifth birthday of WHO/digital or to present some 2018 championship certificates - but getting the most out of the racing was the most important thing this time. We are back in a month, so will do the certicates then. Jean, Graham, Mike and their workmates will probably have eaten the birthday cake by now…

P.S. After getting advice from the Scalextric digital community, it looked most likely the problem was with the dongle/cable that goes from the powerbase to the laptop. Mike had a look and found a very worn connection... Fingers-crossed everything will be functioning as normal next time. 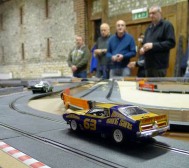 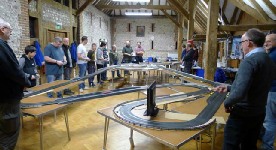 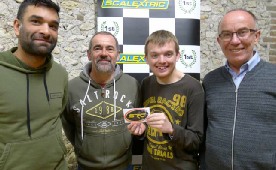 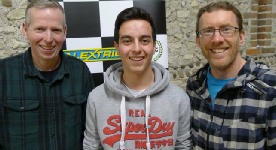 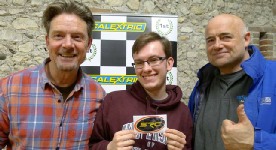 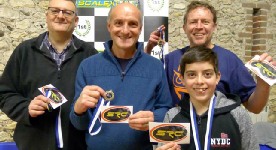 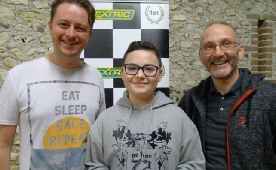 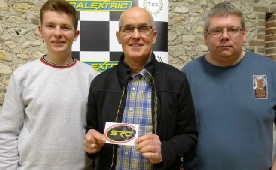 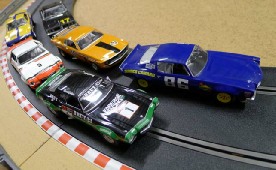 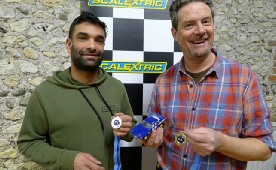