WHO/digital celebrated its first birthday with another evening of Scalextric digital action at the Barn. Mike had tweaked last January's Brands Hatch-inspired layout and we were debuting two features of the SSDC race management system.

The first new gismo to get our heads around was KERS - an extra reserve of power to save up for overtaking. The second was a system of drive-through and stop-and-go penalties to punish aggressive driving that ensured drivers actually did go through the pit lane.

Speaking of which, Mike had done great work on his track design to help ease congestion in the pits. Unfortunately - for the want of a longer cable - the pit lane was a little shorter than planned, but the idea was an excellent one.

With the track and electronics installed, we started welcoming racers - twenty three in total, with four making their WHO debuts and several more racing Scalextric digital for the first time. The Dadson Digital Driving School was busy.

The main event of the evening was a non-mag Nascar team race. Six of the junior racers captained the teams, with the other team members' names pulled out of a hat. Team names had mostly a motorsport industry theme - Mercedes, McLaren, The Ferraris, Porsche, Bentley and the Free-styling Drivers.

We'd run four 20 minute segments with the team winning the segment swapping cars and controller with the sixth place team, second swapping with fifth and third with fourth.

Most racers were still getting to grips with the track, the cars, lane changing, pit-stopping and refuelling during the first part of the race. KERS remained fully-charged on most cars, with just a few drivers experimenting with the extra boost, sometimes ending in disaster...

Top of the leader board after 20 minutes were Team McLaren - Ewan, Richard S, Neil and Martin setting the early pace with an excellent 87 laps and the fastest lap time. Just a lap behind were Team Bentley with James, Alan, Richard H and John driving smoothly and visiting the pits the fewest number of times.

The rest of the pack were a little way off the leaders - the Ferraris six laps adrift and Mercedes another laps back. Free-styling Drivers were having a torrid time and managed only 77 laps, yet Team Porsche were even further behind having spend a huge 229 seconds in the pits over 14 stops - compared to four stops and 56 seconds for Team Bentley.

Something clicked for Team Porsche in the second twenty minutes as WHO regulars Corey, Keith and Simon sorted out their pit stop woes and put in a massive 96 laps, taking them up from dead last to third place overall. Ahead of them, Team Bentley overtook McLaren for the lead - Bentley completing 91 laps to McLaren's 87. Added to the previous segment's scores, the top three were on 177, 174 and 170 laps.

Team Mercedes had taken third place in the second segment and were fourth overall, just a lap behind Team Porsche. The Mercedes team of Ryan, Ned, Andy and Deborah spent the least time in the pits during this twenty minutes, driving smoothly, conserving fuel and avoiding penalties.

The Ferraris and the Free-styling Drivers improved their scores, both scoring 83 laps, but had dropped back to fifth and sixth places.

Our tail-enders continued to improve during the third twenty minutes, The Ferraris of Matthew, Ash, Mike and Richard P set third best score and moved to within a lap of Mercedes in fourth place. The Free-style Drivers - Alex, Darren, Bob and Barry - completed an excellent 88 laps, the fourth best score.

Team Porsche had continued their ascent of the leader board, setting a score of 95 laps, winning this segment and moving up to second place, just two laps behind Team Bentley. They did this despite sixteen pits stops - the result of some pedal-to-the-metal driving, high fuel consumption and a few penalties along the way. The fast and furious approach certainly worked in this segment!

Team Bentley continued their smooth, consistent racing with fastest laps being nothing to shout about, but with the number of pit stops the lowest in the field. In third, Team McLaren had been perfectly consistent - three segments of 87 laps each time.

With the battles so tight, adrenaline was pumping and nerves were jangling going in to the final twenty minute segment of the race.

On the track, speeds crept up and contact between cars became inevitable. More penalties were called in this segment than the rest of the race put together. There's no doubt that as adrenaline flowed at the driver stations, it did too on race control. We need to look at that for next time.

Nonetheless, the battle at the front was absorbing. The contrasting styles of our top two teams meant Bentley's lead ebbed and flowed with Porsche's more frequent fuel stops and - as nerves frayed - their penalties.

It was a combination of the two that saw Porsche dramatically drop out of contention in the final five minutes, ultimately ending up thirteen laps behind. In front, Bentley drove superbly, winning the final segment by maintaining their discipline and picking up far fewer penalties than the rest of the field.

Team McLaren were unable to pip Porsche for second place as they were also hit by a rash of penalties. Indeed, Team Mercedes closed up a big gap and finished just one lap behind McLaren, having finished second in the segment with some smooth, trouble-free driving.

The Ferraris and Free-style Drivers also drove an excellent final twenty minutes, pulling themselves up to just a few laps from third place - those final four teams separated by just seven laps at the finish.

Congratulations to James, Alan, Richard H and John - three first-time winners along with WHO's all-time top dog. It was an impressive win.

For the other teams, hopefully a lot of fun was had and some strategy lessons learned for next time - which is Wednesday 18 March. I can't wait 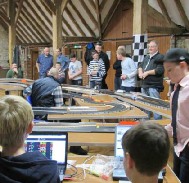 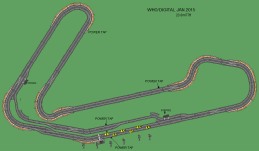 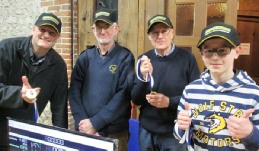 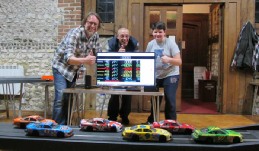 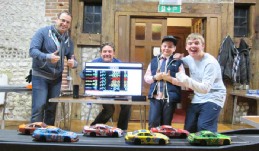 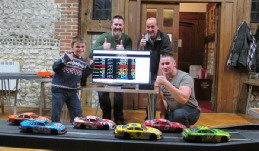 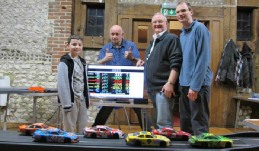 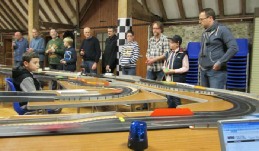 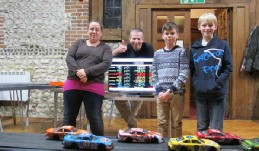 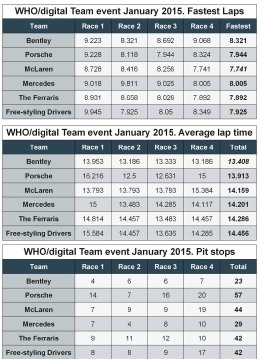