The second WHO/digital team race lined up with twenty racers divided into five teams of four. Like last time, the teams were mostly based around families.

Team Rambo had Duncan deputising for the absent Gareth and they looked a formidable foursome to take on January's winners Race Control. Zoë had joined John and Alex in the Ferrigno team - Spectra Plus - and they welcomed Richard as their fourth member.

The Coombes and McCanns had joined forces to form the Magoos and the final team were Haven't a Clue - we'd see if Neil, Corey, Tony and Dave knew what they were doing on the track...

Following a brief Dadson Digital Driving School session for those new to digital, we went green flag racing for the first of four twenty minute segments.

Mike had prepared the new fleet of WHO/digital non-mag club cars - Scalextric inline Nascars fitted with grippy urethane tyres. Using the SSDC race management system, the cars burned fuel in relation to how hard they were driven. On the magnificently big track, optimum performance depended on smooth driving, no crashes and pitting for fuel at the right time.

Race One: The first race was a comfortable win for Race Control, two laps ahead of Team Rambo and Spectra Plus a further four laps behind. With three digital rookies, Haven't a Clue stayed in touch, but Magoos were already struggling.

Looking at the detailed stats, all the teams managed very similar fastest laps, but maybe it's no surprise that the teams with the better scores had fewer pit stops and spent less time in the pits. During the first 20 minutes, Magoos spent nearly two minutes more in the pits than Race Control - that could have been an extra eight or ten laps.

Something else that was very obvious was that there was much less contact than in January. That might have been partly to do with the bigger track, but improved driving skills were definitely on show. The penalty pit lane that straddled the start line sensor was rarely used.

Race Two: Team Rambo responded very well in the second 20 minutes, beating Race Control by two laps and drawing level overall. It had looked even better for the Rambos at one stage, but Race Control narrowed the gap and limited the damage by the end.

Teams had changed cars, with the winners of race one swapping with the fifth place team, second place swapping with fourth and third place keeping, in this case, the yellow Jetsons car.

With the top two tied on 153 laps, the battle for third was almost as close, Haven't a Clue overhauling Spectra Plus with 143 and 140 laps respectively. Magoos were part of the battle too after a much better score, taking them up to 137 laps.

Race Three: Four of the teams really turned on the heat in this segment of the race, setting some big scores. Unfortunately, it was Magoos who fell away. They'd not enjoyed the orange Home Depot car in race one and they got it back for the third twenty minutes.

The top two both set a huge 82 laps, the first teams to break the 80 lap barrier. Again, Race Control had clawed back a deficit during the latter stages. With driver changes every five minutes, gaps can ebb and flow depending on who is driving for each team.

The battle for third place closed to just two laps, Spectra beating Haven't a Clue by a lap and leaving them seventeen laps off the leading pair.

Race Four: Everything came down to the last twenty minutes. Would Team Rambo get revenge for their defeat in January? Or could Race Control make it two out of two? And who would take third place on the podium?

The first five minutes were incredibly close, with the leading teams neck-and-neck. Pit stops for the top two gradually shifted out of sequence, so the lead see-sawed during the second five minutes - but after ten minutes Team Rambo were leading by the length of the pit straight, about eight feet.

Moving into the final ten minutes of the race, Race Control started to pile on the pressure and Team Rambo couldn't respond. A four lap gap separated the two teams after fifteen minutes of the final segment. This had been the decisive five minutes out of the eighty minute race.

The final five minute stint was a formality. Race Control drove smoothly and without errors. Another three laps were added to their lead. But victory by seven laps was flattering to Race Control, it had been an incredibly close and exciting race.

Haven't a Clue took second place in the final segment to secure third overall. They were pushed hard by Spectra Plus who scored 80 laps for third place in the segment and fourth place overall. Magoos struck back with their top score of the day to finish 19 laps off fourth place.

Congratulations to Race Control for their second visit to the WHO/digital Victory Lane. A big thank you to Mike for putting everything together and letting us all enjoy another excellent SSDC race night. Thanks to everyone who helped set up and pack away - and to everyone who raced.

WHO/digital will be back on Saturday 24 May for an extended digital session. The day will include a team race and the introduction of a box-stock Scalextric GT class - more details to follow soon! 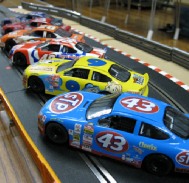 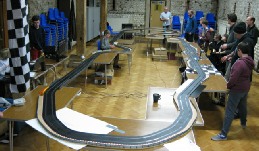 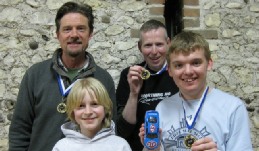 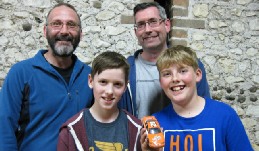 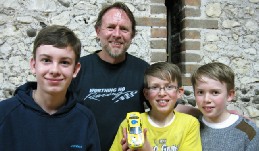 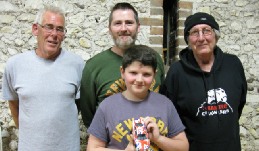 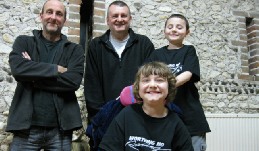 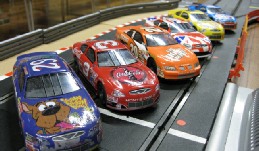 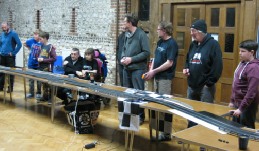