Our December Digital Saturday saw nineteen racers take part in some very close and exciting racing.  All the results and some pictures can be found on the right of the page, with more pictures via the Flickr button. Click the images to make them bigger. A video of some of the action is available via the YouTube button. Championship tables are here.

It was an action-packed day of digital racing at the Barn yesterday. We had nineteen racers take to the track during the day, including Katie making her WHO/digital debut and Graham back for his first digital Saturday of the year. Four championships were up for grabs on Mike's fantastic layout.

First up was round ten of the BTCC championship. With eleven on the grid, there'd only be one step-up and Terry grabbed that. In the A final, Gary led Mike home in a closely-contested race. That put Gary ahead of Alex, Andy and Mike in the championship with two races to go.

The championship leaders were only focusing on each other's results and matched each other heat, by heat. Andy finished with 11.5 laps, leaving Jonathon a target of 12 laps. It was possible, but the pressure got the better of the youngster. When the scores were added up, the race win was tied - Oliver and Andy finishing with 65.5 laps.

The winners went home with copies of Slot Car Magazine, who also donated a superb Carrera Red Bull F1 car to Jonathon - the top junior and stand-out performer in the Club Car championship this year.

The second BTCC race rounded off the morning. This time Jerome grabbed the step up and joined an incredibly close four-way battle for the A final win. Mike came home just ahead of Gary, with Graham and Terry on the same lap.

That left Alex twenty points behind Gary in the BTCC table. A DNS for Gary and a win plus fastest lap for Alex was the only way Gary could lose the championship in the final race at the end of the afternoon. But now it was time for one of Simon's famous WHO lunches...

We had a trial run of our 2019 Slot.it Group C sprint format after lunch. It was a fantastic race with Gary showing his class. Graham was a solid second, just ahead of Mike. With a couple of tweaks, we should have a very exciting series to start the Saturday afternoons next year.

Barry and Dave joined us for Goodwood, one of eight pairs. They shared Andy's Carrera Ferrari. Simon had a new Fly Lola T70 MkIII on the grid and Graham's Scalextric Ford MkIV made its debut. We ran the St Mary's format, three heats giving each pair two lots of ten minutes.

On its last scheduled appearance, Alex's Fly Ferrari 250 GTO won the race - Alex sharing with Jerome for the first ever WHO/digital win for a front-engined car! That left Simon a clear winner of the 2018 Goodwood Revival championship.

Maybe we'd been a bit over-indulgent with the timing for Goodwood - we wanted to see those fab cars on track - but the afternoon was whizzing by.

The DiSCA GT4 Trophy team race was trimmed to 30 minutes and we had a stunning field of twelve cars that had to qualify to make the six car grid. The big race featured a Porsche, three Aston Martins, a McLaren and a Mercedes - five teams of three and a pair, all the drivers seeded from the morning's club car rotation race. It was a thrilling race with a close finish for the win and a lap covering fourth, fifth and sixth.

The close finish between fourth and fifth place gave Ash a brilliant WHO/digital GT4 Trophy championship win - his first WHO title! And if there was prize for top Christmas pullover, Ash would have won that too.

That left one last race of 2018 at the Barn. The third BTCC race was the reverse grid. Two step ups were available after Dean had to head home. Gary and Graham grabbed those places in the A final, which saw another frantic and exciting race - the top five finishing on the same lap. Simon got out in front half way through the race and stayed there, taking a brilliant second BTCC win of the year.

Gary claimed a fantastic BTCC championship win, despite missing the Saturday in November.

Huge congratulations to all our race winners and champions and big thanks to everyone who has taken part in our digital racing this year. It has been a brilliant season of racing, with our Digital Saturdays evolving into something really special. We hope to continue tweaking the format to make them even better next year. Massive thanks to Mike D for his inspiration and his wonderful digital kit - without his generosity and enthusiasm we'd never have had the thrill of Scalextric digital racing over the past five years. 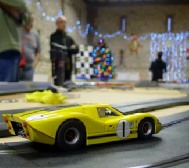 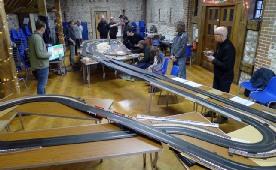 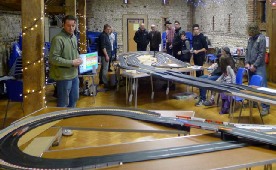 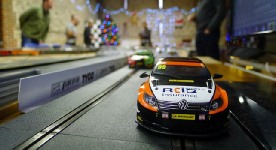 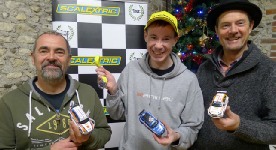 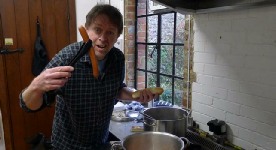 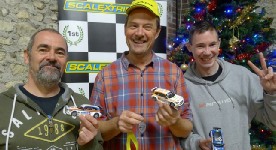 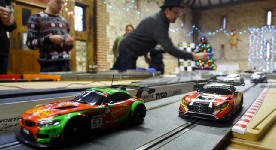 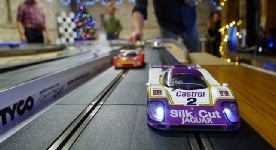 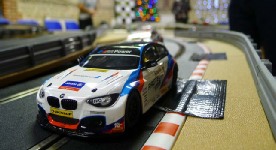 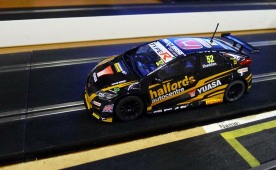 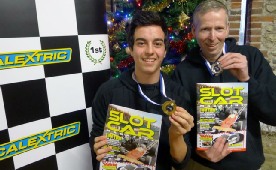 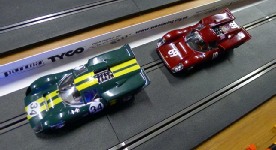 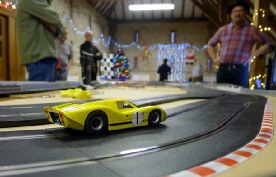 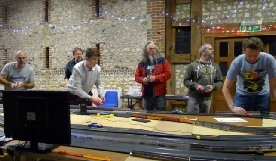 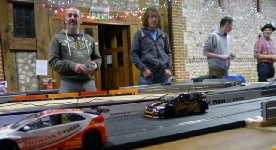 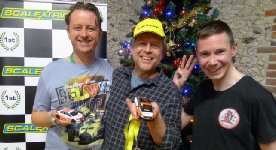 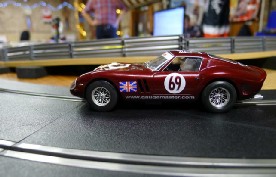 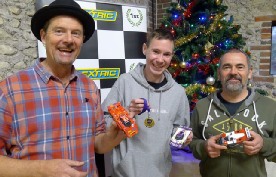 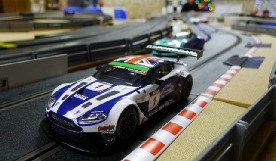 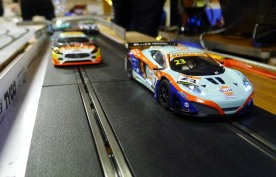 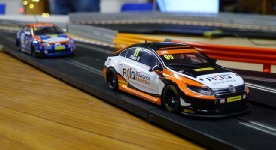 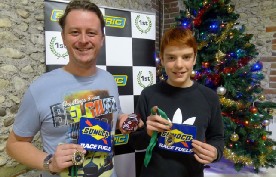 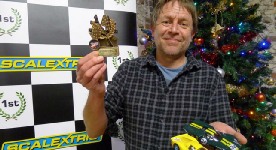 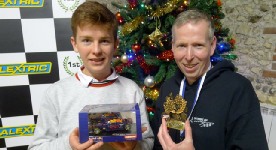 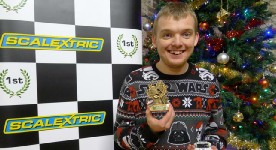 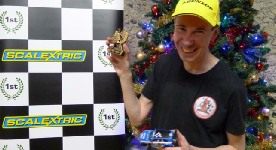