With plenty of WHO regulars away on holiday, taking part in other half-term activities or simply staying indoors, it was a select bunch who came together for the Halloween team race at the Barn.

Fourteen racers were divided into five teams, with Deborah and Keith - aka ‘Beauty and The Beast’ (and that was also their team name) - being the lone pair, holding a space for any late arrivals appearing out of the eerie mist that was descending on Goring.

Of the other four teams, Daniel was joined by Andy and WHO debutant Bob in ‘Micro Truck Rustlers’. Alex turned down his dad, picked Simon and drew Mike’s name out of the teapot - they were the ‘Bone Crushers’. Stephen was delighted to have John and Richard on his team, and they called themselves the ‘Eaton Rifles’. Finally, Ash was teamed up with Duncan and Keith as the ‘Flat-Out Fireballs’, probably the pick of the night’s team names.

Five teams meant running the segments with two teams and three teams in each. Alex drew lots and the first two teams, Micro Truck Rustlers and Bone Crushers would run as the pair.

There was a fair chance, with the lack of traffic on track, we would see some heavy scoring and the previous race record of 752.45 laps in 60 minutes might be broken. And after the first 15 minutes, it certainly looked that way…

The first segment saw the Beauty and The Beast lead the way with a massive 213.75 laps on red lane. Bone Crushers also broke the 200 lap mark with 209.75 on blue. And it was close behind - ten laps covering the rest of the pack.

Those close margins saw the order turned on its head - almost - with last place Fireballs jumping into the lead after a massive 225.75 laps in red. Tony and Deborah dropped down to fourth, despite putting in a decent stint on the inside white lane.

The order at halfway was Fireballs, Bone Crushers, Rustlers, B&B and Eaton Rifles.

Our Micro Scalextric team races have always been a night when the juniors take centre-stage by captaining the teams. This time, they also took over race control - with fifteen-year-old twins Daniel and Stephen doing a perfect job, ably assisted by eight-year-old Alex.

All of which meant the grown-ups could have a good chin-wag.

Back on the track, everyone was putting in great performances. During the third segment, the Fireballs held on to their lead with an excellent 200.95 lap run in white. The Rustlers had trimmed the advantage back to just over seven laps and the Eaton Rifles had put themselves well into contention - another three laps back - with what would be the top score of the night, 228.20 laps in red lane.

Those would be the three to contest the win in the final fifteen minutes. The other two had just dropped back a little too much.

The first pair went off and Bone Crushers certainly had the Rustlers in their sights. Although 32 laps back, Alex’s team had the advantage of the fast yellow lane and three drivers determined to win their duel. If Daniel’s Rustlers failed to master white lane, it could be close.

And it was. Taking over for the final 5 minutes, Daniel just managed to hold on, finishing four laps ahead overall. With scores of 789.75 and 785.05 laps, both teams had smashed the previous hour record. But would that be enough for the Micro Truck Rustlers to win the race?

It wasn’t. The Fireballs and the Eaton Rifles battle was truly flat-out. Defending a ten lap lead, the Fireballs were matched lap-by-lap by the Rifles. Both captains - Ash and Stephen - nervously checked the scores and counted down the clock. The Fireballs managed to stretch their lead a little and it crept up to just over nine laps by the end, giving a winning margin of twenty. It looked comfortable on paper, but there was relief written all over the faces of Ash, Duncan and Keith at the end.

Congratulations to the Flat-Out Fireballs on their win and their utter annihilation of the old race record. The new one stands at 824.60 laps. All five teams beat the old record, showing how well everyone raced and suggesting those Micro cars just keep getting better.

Well done to our runners-up, the Eaton Rifles. Third were the Micro Truck Rustlers, followed by the Bone Crushers and Beauty and The Beast.

Many thanks to everyone for making it such an enjoyable evening’s racing and for breaking another record - packing away in less than 15 minutes!

Ash’s win consolidates his lead in the Micro Scalextric Championship, the next round is in the February half-term holiday. 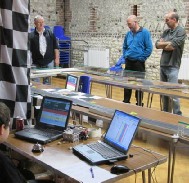 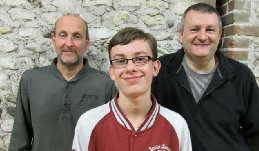 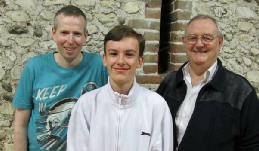 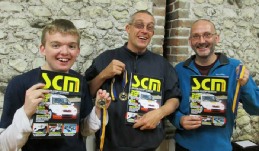 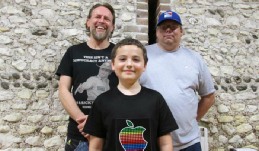 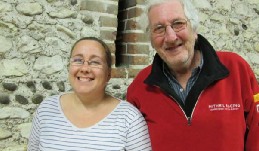 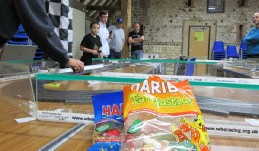