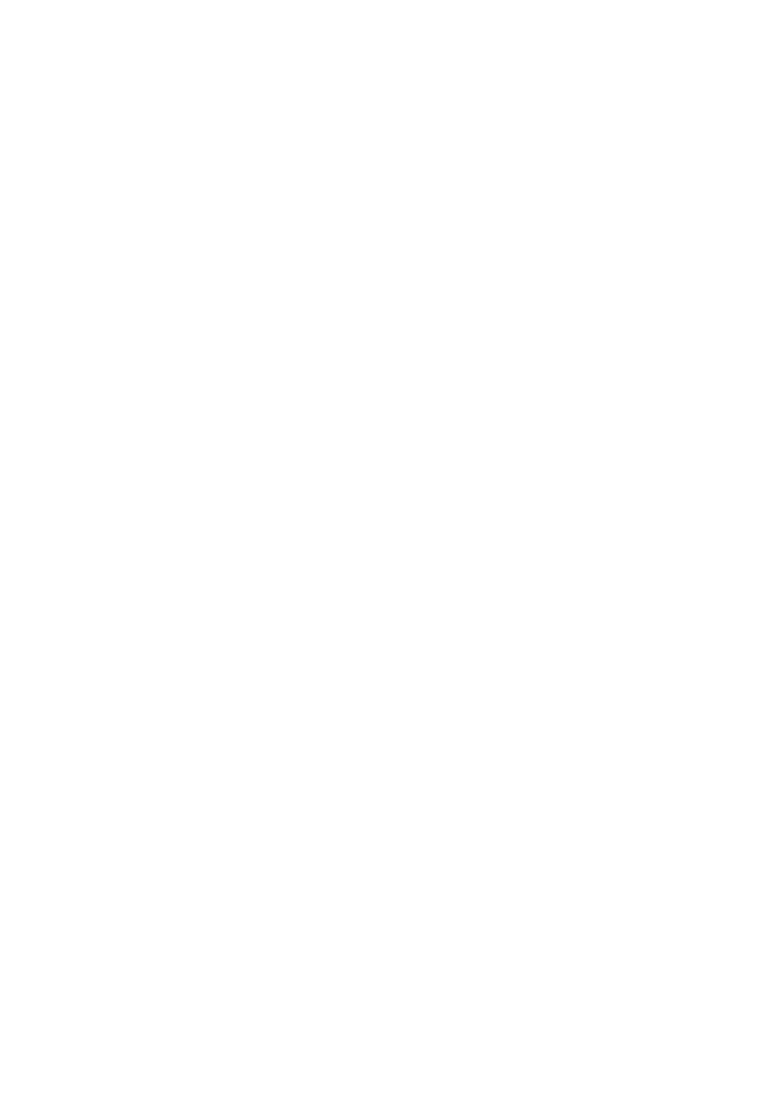 Eighteen racers took to the grid on a chilly February evening in Goring. It was our third Micro Scalextric championship race - a sprint race this time, with people racing individually over two minute heats and finals.

The track looked relatively simple with some nice flowing corners, but a switchback after turn two and a tight bus stop complex were bound to catch people out - and they did!

Some racers did well from the start. Simon - on Race Control all night - was worried we had a problem with the red lane sensor, but the only problem was Darren was amazingly fast, setting a score of 29.10 in the fourth heat of the night.

Another racer to impress early on was Tyler. Running in the first group, his first two scores put him comfortably in the 'A' final after the first round of heats.

Everyone ran better second time round and we ended up with some tasty looking finals - Hannah, Tyler and Stephen battling for junior medal in the B final and Mike, Darren, Simon and Andy facing up for the overall race win.

The E final saw newcomer Stephen Lewis hold his nerve and hold off Mike McCann for the win. We hope to see Stephen back soon - hopefully with his three children, all of whom will be eligible for the 2013 Rookie of the Year competition.

Another rookie was Stephen's friend Howard, who took an excellent third in the D final. Ahead of Howard, Ned beat championship-leader Andrew, who was having one of those nights (thank goodness for dropped scores). Daniel came in fourth.

The C final was a formality once Callum got into his stride in red lane. Coming home in Callum's wake were Josh, Jonah and regular Scalextric racer Paul - it was a really close race between those three.

As mentioned, the B final was the junior medal showdown. Hannah had set the best score of the night in yellow and chose that lane for the final, with Tyler eagerly taking red lane. Stephen was pretty happy with blue, so it promised to be a close race.

Things soon unravelled for Hannah and a few too many crashes left her with too many laps to catch up. Tyler drove beautifully to win the final, followed by Duncan with a steady drive in white. Stephen just pipped Hannah at the end, which would have been the last straw - had she not completed thrashed her dad.

The A final promised much, but was over almost as soon as it started. With Darren and Simon crashing early on, Mike built a good lead with Andy steady but slow in second.

By the time Darren and Simon got in the groove and Mike had a few wobbles, it was too late - Mike's lead was to much to reel in. Simon finished just a third of a lap behind Darren, with Andy back in fourth.

Thanks to everyone for making it such a good night's racing, especially to Simon for running Race Control and Darren for running the pits - good work lads!

The next Micro Scalextric race is a team race on 29 May - that’s half-term again. 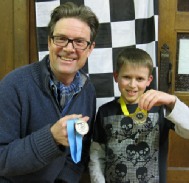 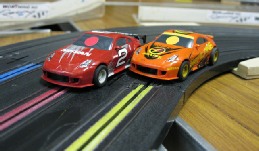 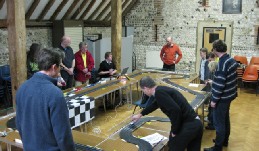 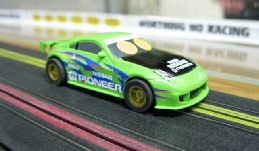 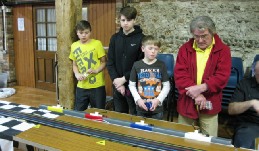